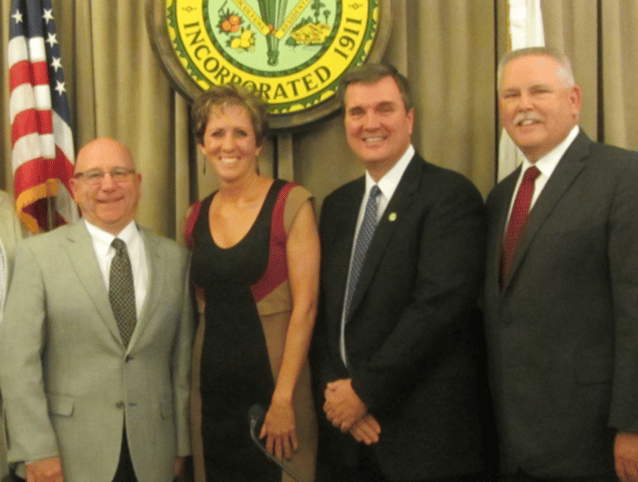 The election for the public office was held on March 3, 2015. After the semi-official ballot count, Thompson earned a seat with the second-most votes. There were three seats available with two incumbents running and four other new candidates including Thompson. The final recount conducted on March 17 confirmed the final three to join City Council are Mendell Thompson, Gary Boyer, and Judy Nelson.

Mendell Thompson is a 30-year resident of Glendora and raised his two children there. He brought 240 jobs to the City of Glendora when he initiated the relocation of America's Christian Credit Union. In response to the results of the election, Thompson said, "I look forward to representing the residents of this city well and helping to build a future for this great city keeping their incredible heritage and community values intact."

Among his many achievements, Thompson has been recognized and awarded by the National Council for Adoption, Congressional Coalition on Adoption Institute, U.S. Representative Ed Royce, Los Angeles County Board of Supervisors, Glendora Unified School District, and Glendora City Council over the past year for his leadership at the Credit Union for their work in adoption helping unite over 1,200 families.